In 1947, Dr. Nathaniel H. Bronner, Sr. and his brother, Arthur E. Bronner, Sr. (the original Bronner Brothers) with the assistance of their sister, Emma Bronner began teaching cosmetologists at the Butler Street YMCA in Atlanta, Georgia. Subsequently, the first Bronner Bros. Trade Show was born with approximately 300 in attendance.

As Bronner Bros. grew, the show moved from the YMCA to the Royal Peacock Social Club, and later to the Auburn Avenue Casino. The show attracted many well renowned speakers including Jackie Robinson, Dr. Martin Luther King, Jr. and Dr. Benjamin Mays. Mr. Bronner combed the country each year to bring positive, motivating people to the show.

Over the years Bronner Bros. continued to gain momentum and moved to the City Auditorium. In 1967, the newly completed Hyatt Regency Hotel and Bronner Bros. signed a ten (10) year contract to hold the annual convention. This would remain the home for the beauty show for the following twenty (20) years.

As the show grew – energetic, satisfied customers and space demands forced the selection of other sites for the show. With the show being such a phenomenal success, expansion included moves from the Marriott Marquis, Hyatt Regency, the Atlanta Merchandise Mart and finally to its present venue, the Georgia World Congress Center. In 1996, delegates convened in the magical city of Orlando, Florida.

In 1993 Bronner Bros. achieved a “new level of success” with the changing of the guard. Bernard Bronner took his seat at the helm of the company as president and CEO. Thus began the second generation of Bronner Bros.

Today, Bronner Bros. continues to ascend from its modest beginnings setting for itself new goals, new challenges and new standards of excellence. Not only will delegates be exposed to dynamics of the world of beauty through hands-on-classes, creative presentations and a very energetic trade floor, we will strive to meet the ever-changing needs of the industry. We move forward with enthusiasm to bring new innovative ideas, international influences and upcoming technology.As we move into a new century- an era which promises to bring vast changes to our country and to our world—Bronner Bros. reflects on its past, in remembrance of the struggles and as well as of its victories and continues to keep growing forward. Over 60 years of experience, with a strong foundation created by the founding brothers, N. H. Bronner, Sr. and A. E. Bronner, Sr. and all those who have supported Bronner Bros. from the beginning, our eyes are set on the future, keeping a clear vision, focused path, and a continuing commitment to the community and to excellence. 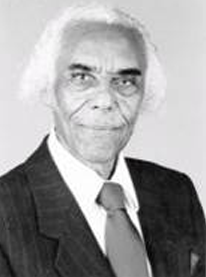 Beauty is our Business…